Now that would be an awkward conversation. 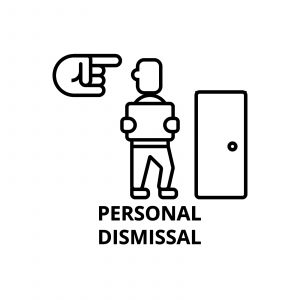 Enter our protagonist, a nameless government employee performing his (the employee in the report is not gendered but I think we can all assume it was a “he”) civic duties at the US Geological Survey (USGS) in beautiful Reston, Virginia.

Our salacious civil servant’s pornographic pursuits were discovered during a routine security audit and were apparently so prolific that the US government actually paid someone, Matthew T. Elliott, an assistant inspector general for investigations, to write a report that was then put into the public record (as a result of 2016’s IG Empowerment Act) and will now live on in the annals of history.

That likely makes Professor Pocketpool the most infamous purveyor of pornography… possibly of all-time, as there is now an archived government record that will forever stand testament to just how often this surveyor surveyed human topography instead of whatever he was supposed to be surveying.

I don’t know about you, but I have a ton of questions. None of those would be appropriate here though…

Regardless, my favorite part about this whole report is how with no segue whatsoever it veers from the sordid web history of Fisty McHandenpants straight into a very business-like autopsy of the vulnerabilities it identified:

To give you a frame of reference, our office web filter physically emits a shock of electricity just for trying to navigate to a dating site. I can’t even imagine what it would do for an adult website, I’m guessing it would be like that scene from the Green Mile (don’t look it up at work). Regardless, it’s mind boggling that at the US Geological Survey, all indications point to the fact that they didn’t have any kind of filter installed at all.

We recommend that the USGS enforce a strong blacklist policy of known rogue Uniform Resource Locators (more commonly known as a web addresses) or domains and regularly monitor employee web usage history. Since this incident, the EROS Center has deployed enhanced intrusion detection systems and firewall technology to assist in the prevention and detection of rogue websites trying to communicate with Government systems. An ongoing effort to detect and block known pornographic web sites, and web sites with suspicious origins, will likely enhance preventative countermeasures.

The obvious answer to this question is yes. But a lot of people don’t really know the specifics of how this happens. It’s just one of those truths we accept but never question, like the fact that yawning is contagious. We all know that, but most people never understand why. 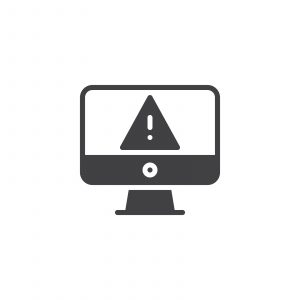 For all intents and purposes, there are a few major attack vectors when it comes to adult content. The first is hacking a legitimate site, typically through the ad networks. The second is with malicious “free” sites. And the third is with links (oftentimes banner ads) to “adult dating sites” that ask you to share personal information. There are also torrents and email attachments, but those two categories aren’t as germane to this discussion.

25% of all malware is porn-related.

In this case it sounds as if our vapid voyeur was accessing malicious “free” sites that were being run by Russian criminals. In a case like this the attacker has a choice of any number of ways to present the malicious payload.

In other instances, such as with larger video sites, attackers tend to infiltrate through the ad networks and serve infected ads. Conrad Longmore conducted a study a few years ago and found an inordinate amount of malware:

Suffice it to say the Sultan of Smut (that’s a Babe Ruth pun) lost his job at the US Geological Survey and would likely be smart come up with a more charitable reason for leaving the role when he starts interviewing again.

I think we can all agree that this entire fiasco was tax dollars well spent.

As always, leave any comments or questions below – and Happy Halloween!