Subnetting and Masks: Separating IPv4 Addresses for Security and Routing

Everything you ever wanted to know about subnetting and masks, also a few things you didn’t want to know, too.

Some of you have probably heard of the term subnetting and some of you may even know what it is. There are statistics that show if you have heard of subnetting, then there is a larger-than-not chance that you also have no life.

This post will assume that you have not heard of subnetting and have no idea what it is (and that you lead a rich and fulfilling existence). This concept will include certain things like IP addresses and binary math but the general philosophy behind subnetting is based in security (through separation) and displays how necessary subnetting and masking is for IPv4 networking. 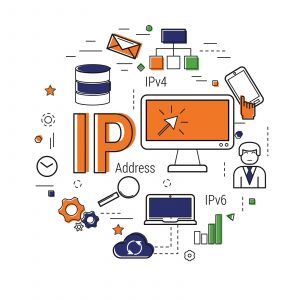 Most people have heard of an IP address. In a sense, it is similar to a physical address (not a MAC address, a different topic for another time) that one may have associated a house or a business with. If you wanted to send something (or navigate) to a house or business, knowing the address is a good first step. There is not much difference between that and an IP address.

Every networked computer/appliance will have an IP address associated with it. Many of the IP addresses that most people are familiar with are private IP addresses. Public addresses (with DNS) are what enables us to surf the web for untold wonders and cat videos. Private addressing allows us to communicate with computers within a particular private subnet, typically for file sharing, providing services (Local mail server or print server), LAN gaming, etc.

In terms of private subnets, going back to the physical address analogy, imagine a company having a PO Box that receives all of the mail for all of their employees. If you wanted to send a package to John Doe at that company, you would address it to John Doe and provide his PO Box number. Then, someone from the company would gather the package and deliver it to John Doe. You might not know where John Doe’s office or location is, you just know that sending a package addressed to John Doe with the PO Box will get the package to a point in which it will be distributed to John Doe. As such, a gateway would receive all traffic for all of its hosts and then distribute it to those hosts with PAT (Port Address Translation), which is sometimes referred to as NAT (Network Address Translation).

IPv4 Addresses consist of 4 x octets separated by a dot (.) Why are they called octets? Because each valid number can be represented by 8 x bits. Here is where we start with a little binary math. A binary number will consist of either a 0 or a 1. So, 28 = 256. If we subtract 1, because 0 is a valid number here, then we are left with 255. Each octet can represent a number between 0 and 255. Here’s quick crash course on how binary math works:

(There is a ‘joke’ that goes, ‘There are 10 kinds of people in the world: those who understand binary and those who don’t.’ Get it? Even if it doesn’t get a laugh, you should get it, now.)

If we need to go beyond the number 255 (which, you never will for an IPv4 octet), then you would just add another bit. The ninth bit would be 256.

So, a typical IP address can be represented in binary and would look like:

On smaller implementations (think small business/home use), our subnets are nice and clean. But, the subnets aren’t always nice and clean and it can help to break up addresses into subnets with just enough IP addresses. Confused? Understood. It will all be cleared up a bit next.

Now, we may have 20 computers that we want to have direct communication with each other. We could break up some of those potential IP addresses and say that they can talk to each other without restriction but communication to any other address needs to go through some other process/filter to communicate. This is where we can use subnetting. Subnetting can break up this entire addressing scope into smaller networks.

Going from left to right, the alignment will go from subnetwork definition to host definition where anything in the binary representation with a ‘1’ would define the subnetwork and anything with a ‘0’ would represent the host. What does this mean? This means that this IP address is in the subnet = 192.168.1.0 with subnet mask = 255.255.255.0. Shorthand (AKA CIDR, Classless Inter-Domain Routing), this can be written 192.168.1.0 /24 where the ‘/24’ represents the number of subnetwork bits active in the mask.

Active network bits have to be consecutive across all octets

Due to this, the only real valid numbers for a subnet mask are:

That subnet definition cannot be assigned to a host machine.

When defining the amount of usable host machines in a subnet, we must always subtract 2: 1 x for the subnet definition and 1 x for the broadcast definition.

So, What Exactly Does This Mean?

So, what if our subnet masks aren’t so “clean” meaning that the entire octet, or trailing, consecutive octets, are fully available for host designation? The general math to figure out how many usable hosts is as such:

What Else With This?

A few things to point out:

There is a lot more to this and we will examine other aspects of networking in the future. Based off of this article, there is no need to scrutinize but stay safe and happy scrutinizing anyway!