What is SSL Inspection? How does it work?

Everything you need to know about SSL Inspection, sometimes known as HTTPS Interception

SSL Inspection or TLS/HTTPS Interception is a fascinating concept that divides opinion. Some regard SSL Inspection as an absurd idea, while some are rooting for it with conviction. There seems to be very little middle ground. It’s kind of like the never-ending “Pineapple on the Pizza” debate. Personally, I cannot stand the sight of Pineapple staring at me while lying comfortably on a slice of Pizza. But let’s not go there as we all know how it ends—err, doesn’t end.

Instead, let’s untangle the technique that is SSL inspection and see how it works.

What is SSL Inspection?

SSL/TLS Inspection or HTTPS Interception is the process of intercepting SSL/TLS encrypted internet communication between the client and server. Interception can be executed between the sender and the receiver and vice versa (receiver to sender)—it’s the same technique used in man-in-the-middle (MiTM) attacks, without the consent of both entities. 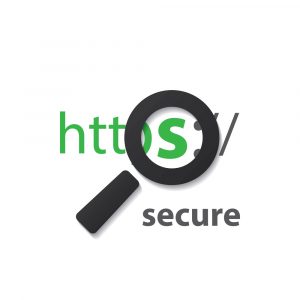 Now at first blush, it may seem that SSL Inspection undermines the purpose that HTTPS/SSL was created for. However, it’s not as simple as that.

We all know that SSL/TLS encryption helps us protect our sensitive information (such as passwords and credit card details). Every single bit of data is turned into an indecipherable format and thus it protects us from eavesdropping and data tampering.

However, it’s not all sunshine and rainbows.

Along with your legitimate information, malicious content could also be hidden in the encrypted traffic. And because it’s encrypted, it goes unnoticed by common security mechanisms meaning it could do the damage that it was intended to do. SSL-based malware attacks have become a common thing these days with HTTPS being utilized in around 37% of malware.

How does SSL Inspection work?

When the connection is made over HTTPS, the inspector intercepts all traffic, decrypts it and scans it. First, the interceptor establishes an SSL connection with the web server. Here, it decrypts and examines the data. Once the scanning is done, it creates another SSL connection—this time with the client (browser). This way, the data gets to the client in an encrypted format—the way it was intended originally.

Here’s an overview of the SSL Inspection process of inbound traffic: 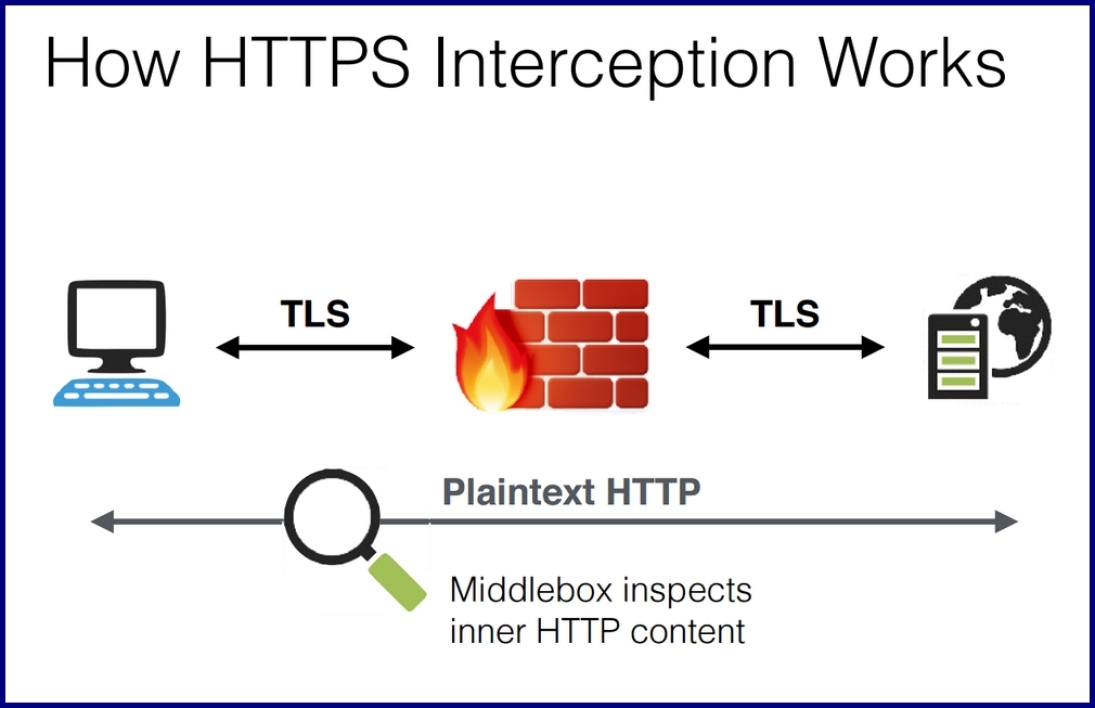 In 2017, a study conducted by a large team of academics and professionals showed that SSL Inspection is doing more harm than good. This team included academics and professionals such as Zakir Durumeric, Zane Ma, Drew Springall, Elie Bursztein, Nick Sullivan (Head of Cryptography at Cloudflare), and Richard Barnes (Internet Security Research Group). 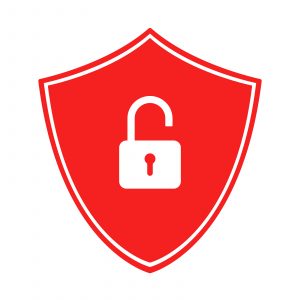 This has enormous implications on the true privacy provided by those HTTPS connections. But the more significant problem is that some interception products are severely weakening HTTPS by using outdated cryptography and failure to implement essential features.

While there is a way to perform HTTPS inspection securely, and without much latency, poorly performed SSL interception is a problem.

From the organizational security point of view, SSL Inspection looks good on the paper. And if implemented correctly, it could prevent a lot of damage. But as we saw, that doesn’t always happen.

A good part of the blame must go to the middlebox manufacturers for using outmoded or insecure SSL/TLS configurations. And then, of course, there’s always a risk in the form of the human element.

Right now, SSL inspection could potentially be doing more harm than good, that’s why over the coming months we’re going to delve into the practice and explore the best methods and practices for securely inspecting HTTPS traffic without sacrificing security or performance.

As always, feel free to leave any comments or questions below.